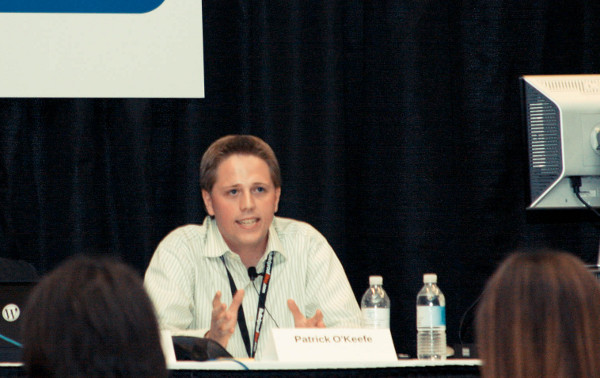 Is there a difference between building a community versus building an audience? If so, what are they?

They can be the same thing. A community is an audience. Some would grasp tightly to the idea that an audience watches and doesn’t contribute or interact, but that isn’t really true. Performers interact with audiences all the time. With my hosting of Soda Tasting, I’m building an audience, but I’m also building a community. It really can mean the same thing.

That said, if you wanted to draw a firm line, you could say that when you are the primary “performer,” you are building an audience. But if you are cultivating interactions between others, more so than interactions with you specifically, you are closer to building a more traditional community.

All communities, big or small, have that feeling of connection, and being part of something bigger. How do you foster that connection?

It helps to have a focus, to understand why you exist and who you exist to serve. What’s your goal? Who do you want to be? When I started KarateForums.com, we had a simple goal, which was to be a martial arts community that was work friendly (generally family friendly) where respect was very important. That goal has informed everything that we’ve done and 12 years later, the result is a community I am very proud of, where people speak to each other in a way that is incredible to watch and easy to appreciate.

Create something that has focus, which gives it meaning and allow yourself to be guided by principles that speak to your focus. If you try to appeal to everyone, you may find yourself left with no one.

We all make mistakes, and with the advent of the Internet, mistakes are more publicized than ever before. How should a community manager handle mistakes? What are the appropriate actions to take?

If we make a mistake, I correct it. If it is something minor, like a post being removed that shouldn’t have been removed, I’ll restore the post and apologize to the person who made it.

If it is a bigger mistake, if it affects more people, that changes things. In July of 2008, I ran a major contest on phpBBHacks.com called “phpBBHacks.com Idol”. It was a tournament style face-off between phpBB hacks and styles with people voting for the winners, which would then proceed down the bracket. The prizes were serious: over $1,200 each for two winners, including the choice of an Xbox 360, PlayStation 3 or other prizes. Suffice to say, people are competing and there is something at stake. Mishandling it can lead to a lot of anger.

Everything was going smoothly as far as preparation, initial announcements and filling the brackets with nominees. And then we opened for voting. 25 hours into voting, I received a message from a member asking if it was normal to be able to vote several times. And my heart sank. I investigated the matter and found that people were allowed to vote multiple times. Due to the way the database for our software was set up, it was not possible for me to see who voted where, so I could just delete the duplicate votes.

Here’s what I could have done: I could have said that it was normal, but the duplicate votes didn’t count and proceeded like it never happened. I could have fixed it from that point forward and no one would have been the wiser. In other words, this is one of those things that you either do right or wrong when no one is watching you. But if I said that, it would have been unethical and dishonest and, even if no one else ever knew, I couldn’t live with it.

I knew what I had to do. First, I had to delete all votes we had received thus far. It was the only way to ensure accurate voting. When you run contests like this, many (most?) votes come in within that initial window. I just got rid of all of those votes. Of course, then I had to fix the problem, which I did. I also made it so that I could always tell who voted for what, if I needed to, so that this could never happen again. Then I announced it and was honest about it. People responded positively and there were no issues.

I’d like to think that being honest and fixing the issue helped encourage that response.

In your opinion, what is one or maybe many things that a community manager should be doing consistently, but is often not?

I don’t know if I would say “is often not,” but community management is largely about small things that fall under the radar. Welcoming people, encouraging people (publicly and privately), reviewing moderation decisions to ensure that the right decision was made, etc. It’s not about case studies, it’s about the stuff that never reaches a case study.

If you are careful selecting moderators, as you should be, you’ll build a great team. But that doesn’t mean that you shouldn’t monitor them. You should do so regularly and correct any decisions that are not 100% correct. Fix them and use them as a learning opportunity.

Finally, I find it useful to read random topics started by other people. You can’t read them all once you reach a certain size, but I feel like there is this switch when you reach “critical mass” where some stop reading much, if anything, believing the rest will take care of itself. Staying grounded in the community gives you a strong sense of the current state of it.

In your book “Managing Online Forums”, you talk about keeping your site interesting, and driving discussion. Please share a few tips with Blog Herald readers.

When you talk about driving discussion, you are usually looking for ideas for discussions you can start. Ideas are everywhere. News in your industry, posts on related blogs, the calendar (holidays, events, etc.), funny videos, whatever. It shouldn’t be that hard to come up with topics.

Replying to other discussions started by others is a good way to continue discussions moving along. Add your own thoughts that add onto and complements the thoughts of others, where appropriate. Keep the ball rolling. If you see a discussion and you know a member who should really be involved in it, but isn’t yet, send them an invite privately, encouraging them to reply and add their knowledge.

Random things keep your community interesting. That is, things that you don’t do every day. A video stream with members to celebrate milestones, a special guest in the forums answering questions, a yearly awards program that recognizes members who have made great contributions to the community in the past year. These are all less than common occurrences that give people a nice change of pace and stimulate interest.

Managing a couple websites/communities can be a full-time job in of itself, but you have an entire network (iFroggy). How do you manage your time and attention?

It’s mainly about managing priorities. There is always a lot that one can do, but what do you need to get done, what can wait and what is really important? I tend to spend most of my time in one of three areas: work, family and health (sleeping, exercising, etc.) I have fun doing all of those, so it works for me.

Bonus question: What are the top three sodas you’ve had on SodaTasting.com?

I have rated both Coca-Cola and Coca-Cola Vanilla a rating of 5 out of 5. I have given several sodas a 4.5 out of 5, most recently Dublin Ginger Ale.

Where can people learn more about you and check out your stuff?

I write about online communities at ManagingCommunities.com and you can find links to all of my sites at ifroggy.com. On Twitter, I’m @iFroggy. Thank you for having me.