WordPress 2.7 downloads now passing 970,000. Want to predict when it will hit one million? Matt Mullenweg asks for input on his New Year’s resolutions. Tips for optimizing WordPress Plugins to accommodate new AJAX abilities in WordPress 2.7. Two new versions of bbPress released. WordCamp Las Vegas is this weekend. WordCamp Indonesia coming up fast, along with WordCamp Whistler in Canada. And Ed Morita wants to know where to put his new permanent WordPress logo tattoo and wants your input.

WordPress Tattoo: Ed Morita wants a permanent tattoo. His WordPress blog has changed his life and he wants to honor the expertise with a WordPress tattoo. In “Where Should I Put My WordPress Tattoo?” he asks for input on where to put his new WordPress logo tattoo on his body. The deadline is January 30, and he will get the tattoo on his birthday, February 10th.

WordPress Men Called to Marathon for Breast Cancer: Brian Gardner is calling on Chicago/Midwest WordPress male fans to join him August 7-9, 2009, for the 60-mile marathon for the Chicago Breast Cancer event. He claims it will be a great journey talking WordPress and blogging non-stop.

Problems with WordPress 2.7 XML-RPC: Joseph Scott reports on problems with libxml2 For WordPress XML-RPC users that he’s been finding on the WordPress Support Forums and elsewhere. The problem is not WordPress specific, but the PHP XML extension using the new versions of libxml2 which leaves off angle brackets. The solution so far is to use old versions of libxml2 known to work or build the PHP XML model against the expat parser instead of libsml2. Check the forums and his post for updated information, as well as the Trac ticket on the issue.

One Million Downloads of WordPress 2.7: Three weeks ago, there were 500,000 WordPress 2.7 Downloads and Miroslav Glavic caught the rollover of the counter. As I write this, there are now over 800,000 downloads, moving fast for 1 million. Bets are on Twitter as to when one million downloads will be counted on the counter. There is now the WordPress Download Counter which adds a counter to your blog’s sidebar featuring the number of official WordPress version downloads from the WordPress Download Counter for WordPress fan blogs.

Two bbPress Releases: Two versions of bbPress, the free forum software by Automattic that integrates into WordPress blogs, have been released, bbPress 0.9 and bbPress 1.0-alpha. The first is a security fix and the second contains the fix, but also an improved fix for WordPress integration to synchronize user roles.

Social Media Tools Warnings: While not WordPress specific, a lot of WordPress bloggers use social media tools like LinkedIn and Twitter. Recently, SecurityFocus reported on malware security problems with Twitter and LinkedIn. The Blog Herald recently covered the news, too. Take extreme care when responding to email, blog comments, and other social media messages that look even the slightest bit suspicious.

Don’t Let WordPress in Your Domain Name: Do you use “wordpress” in your blog’s domain name? This is in violation of the WordPress trademark. If you find a site using WordPress in their domain name, remind them of the trademark rules so they won’t be asked later to remove it.

Last Week’s WordPress Wednesday News: Can’t get enough WordPress news and tips? There is so much news coming out about the latest version, so you can catch up with the past news in last week’s WordPress News: Weblog Tools Collection Scholarship Fund, WordPress at the Supreme Court, Top Plugin Authors, XML-RPC Trouble, and More.

Here are some WordPress-related dates and events to put on your calendar.

Upcoming WordCamps not scheduled or confirmed:

WordCamp Las Vegas on a Roll: WordCamp Las Vegas News: WordCamp Las Vegas 2009 is this weekend, January 10-11, 2009, and the schedule is filling up with top notch speakers and events. Niran Amir from Picapp, Jim Turner of OneByOne Media, Ethan Gahng from Psolenoid, and Chris Brogan have been added to the list recently. There are still some tickets available, so get registered now. Also check out the WordCamp after party for any WordPress fans in the area at Jack’s Irish Pub inside of Palace Station. RSVP for the after party event on Facebook.

WordCamp Whistler News: WordCamp Whistler 2009 in Whistler, BC, Canada, on January 24, 2009, has a ton of updates and news. Early Bird tickets are still available, but will be gone soon, so get your registration in now. Group reservations at the Fairmont Hotel are only on hold until Friday, January 9, then you have to pay the higher rates and take your chances. They have a ton of new sponsors including Rope Tow, RideBooker.com, ShopWatchBuy.com, and more. They’ve just put up a picture of the new ski hat for attendees, a WordCamp schwag first. New speakers have been announced including Quentin Muhlert of 6S Marketing, and there is now a WordCamp Whistler Podcast featuring the news and information of the upcoming event. 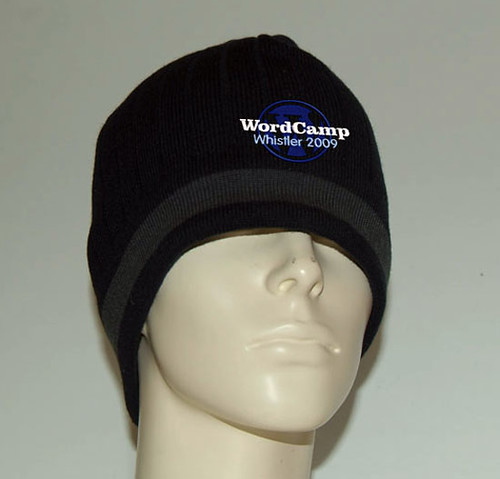 WordCamp Mid-Atlantic News: WordCamp Mid-Atlantic covers Washington, D.C., Baltimore and Philadelphia, and will be May 16, 2009, at the University of Baltimore Thumel Business Center. Featured speakers will be Matt Mullenweg, Anil Dash of SixApart, There are two tracks to the day’s events, a basic “Essentials” and advanced “Hackery” track. Tickets are $25.99 and going fast. Sponsorships are available, but limited, so get involved as soon as possible.

WordCamp Italy News: WordCamp Italy 2009, aka WordCamp Milan, in Milan City, Italy, has been announced for May 22-23, 2009, and registration is open. Matt Mullenweg will be speaking.

Attention WordPress Lovers in New Jersey: The new The New Jersey WordPress Meetup Group will be meeting January 7, 2009, in Belmar, New Jersey, at 7PM at the WebDevStudios.com office. Get help with WordPress, upgrading to WordPress 2.7, and learn about exciting WordPress Plugins and what’s going on in Jersey with WordPress.

WordCampED: WordCamp Education Vancouver 2009 is scheduled in Vancouver, BC, for February 19, 2009, on the UBC Main Campus in the Irving K. Barber Learning Centre. They are currently looking for speakers and those interested in attending this educational based WordPress event.

WordCamp Columbus, Ohio: WordCamp Columbus is set for May 16, 2009. The Twitter account is @WordCampColumbus. WordCamp Columbus has announced that since WordCamp Mid-Atlantic is scheduled for the same date, and Matt Mullenweg will be speaking there, his keynote will be streamed to attendees of WordCamp Columbus so no one will miss the “state of the word” by the founder of WordPress. Noel Jackson, designer of the Monotone WordPress Theme, and Nick Momrick, speaking about WordPress.com, will be noted speakers at the event. Registration is $20 and will be open soon.

Optimize All Those Scripts in WordPress 2.7 Themes and Plugins: Ozz’s article, “Optimizing Script Loading,” on the WordPress Development Blog has a second edition in Optimizing script loading, part II covering the tips you need to know for dealing with AJAX in WordPress 2.7 Plugins and Themes.

Check WordPress Theme and Plugin Compatibility with WordPress 2.7: If you are a WordPress Plugin or Theme author, and your Theme or Plugin will work with the new version, there are two things you must do NOW:

Things You Need to Know in the WordPress Community:

Each week, the Blog Herald features WordPress News, a weekly column by Lorelle VanFossen of Lorelle on WordPress featuring the news around the WordPress Community. If you have a WordPress news item or tip to suggest, please contact her at this special email address: lorelleonwordpress@gmail.com