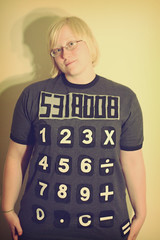 If you believe blogging is free, then you’re probably living in a dream world. Unless you’re a total freeloader who still gets a weekly allowance from his parents, then one way or another you’re paying for your blogging activities. Sure, WordPress.com and Blogger.com are free tools. And even if you pay for your own hosting, software like WordPress, plugins, and other tools are free, right?

Not necessarily. Blogging does have its costs. And these can sometimes be attributed to you, while it can sometimes be carried by someone else. Offhand, one could think of several costs that you can directly attribute to blogging. For instance, here are a few costs that I think I’ve been incurring through the years.

Software costs. WordPress is free, indeed. But the software I use on my several computers is not exactly free. At my home office, for instance, I run one laptop with Vista, which I bought at about $130. Two other laptops one came bundled with Windows XP Home, and let’s say the imputed cost was at about $40 each. My Mac Mini came with OS X Tiger, and at that time, the imputed cost was, I think about $130. That’s a total of $340. I’ve also paid for some other software over the years, but those are not directly related with blogging use. If a computer had a serviceable lifetime of two years, that’s about $14.67 per month for me.

Equipment Costs. I didn’t buy my computers all at the same time, but for discussion’s sake, let’s say every one was bought at the same time. That’s about $2,400 in all (two low to mid-range laptops, one netbook and one Mac Mini), from which I’ve already taken out the software costs. So for my serviceable lifetime of two years, that’s $100 per month.

Hosting Costs. I host my personal sites using mid-range accounts that give me sufficient bandwidth, disc space and allocation for unlimited domains. I pay a monthly subscription of about $20 for these.

Travel Costs. When you work as a blogger or writer, you don’t actually have to spend money on gas or train tickets to commute to work every day. But one is sometimes invited to attend events, press briefings, movie screenings, and the like. And you get to spend for transportation, food and even coffee, including occasional visits to a WiFi-enabled cafe near my kids’ school. I guess it’s safe to say I give myself an allowance of about $25 per week, or $100 per month.

Yes, I live in a country where cost of living is cheap.

Opportunity Costs. Now this is one aspect of costing that’s a bit more difficult to compute for. Opportunity cost basically refers to the money you could potentially earn or gain if you were doing something else. For instance, instead of earning $2,000 a month from ads on your blog, you could be earning $6,000 per month working as a designer or a developer at a local company. So the opportunity cost here is $6,000 less $2,000, which amounts to $4,000.

In my case, my previous jobs (including corporate and government work) earned me substantially less than what my online undertakings are earning me, and so I don’t think I have lost opportunities. That’s unless I count non-monetary benefits, like free meals during meetings, free coffee, free health insurance, and the like. I could also perhaps count the free use of office equipment, bandwidth, free vacation trips, and others.

I guess computing for your monthly blogging or other Internet-related expenses could help you determine how much net you are earning, particularly if you’re running an online business like blogging, design, consultancy, and the like.

Costing can even be more difficult if one considers those expenses borne by third parties. For instance, your blog network or your boss could be subsidizing your hosting expenses. Your blog software could be subsidizing their “free” offering with advertisements or sponsorships.

In all, my monthly blogging activities would cost me about $294.67 per month.

I don’t usually feel it’s this big, though since the regular cost I really get to attend to are the utilities and the hosting fees. That’s unless I pay for computer and software purchases on installment basis, which I don’t usually do.

May I ask you, using my methodology, how much are you spending per month? And do you have a better way of computing for costs?